The Helsinki Committee for Human Rights is a civic association registered in 1994. The Committee monitors the situation with human rights, provides legal assistance, co-operates with other organizations and state bodies for the purpose of improving the promotion, respect and protection of human rights and freedoms. The Committee’s goal is protection and promotion of the human rights and freedoms guaranteed with the Constitution of the Republic of North Macedonia, the international instruments and the Helsinki Final Act from 1975, as well as building democratic conditions in which they can be exercised based on the rule of law. The Committee sets off from the premise that all people should have the possibility to enjoy and practice their basic rights and freedoms and should be able to protect them in case of violation or limitation. This is the basis of the rule of law, human rights and democracy.

In its persistent efforts to promote and protect human rights and harmonize the domestic legislation and practice with that of the European Union, the Helsinki Committee: Organizes systemic monitoring of the situation of human rights in the country; Provides free legal assistance and protects the individual, collective and rights of other legal entities on the territory of the Republic of North Macedonia and before international organizations; Prepares monthly, annual and special reports on the situation of human rights; Prepares analyses and other specific documents related to the situation of human rights; Organizes conferences, seminars, panels, public actions and other legal forms of civic engagement; Promotes and aids the development of democracy, rule of law and civic society; and Performs other activities of public interest pursuant to the Law on Citizens’ Associations.

Members of the Executive Board : 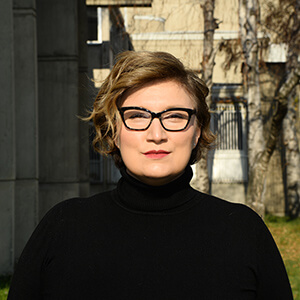 Neda Zdraveva was born on November 10th , 1976 in Skopje. She graduated from the Faculty of Law in 2000, and since 1999 she has been involved in teaching as an instructor. She completed her master’s degree in civil law in 2008. She earned the PhD title in 2012 after defending her doctoral dissertation “Comparative aspects of liability for non-pecuniary damage in theory, legislation and practice”. In the academic year 2013/2014 he completed a postdoctoral research stay in the field of liability for discrimination at the University of Fribourg, Switzerland as a scholarship holder of the Program of Excellence of the Government of Switzerland.

Dr. Neda Zdraveva is an Associate Professor at the Iustinianus Primus Law Faculty at the Ss. Cyril and Methodius University. She is one of the teaching staff of the subjects in the field of Law on Obligations and Intellectual Property Law of the first and second cycle of law studies. In September 2016, she has been elected Vice Dean for Teaching, and since November 2018, she has been Vice Dean for Finance. In 2020 she was appointed Head of the Legal Clinic for Vulnerable Groups. She is one of the founders of this clinic in 2017, and as a mentor she works with students on the issue of the rights of vulnerable categories of consumers. Since 2011 she has been the Secretary General of the South East European Law Schools Network, whose goal is cooperation between law schools in the region.

She is the author of numerous papers and publications in the field of Law on Obligations, including Contract Law, Tort Law and Consumer Law, as well as Intellectual Property Law. She was also involved in the preparation of strategic documents in these fields. As an expert, she participated in the legal drafting in the field of Law on Obligations and the Consumer Law. She participates in scientific and professional conferences in the country and abroad, including on access to justice and the enforcement of the rights of marginalized groups.

Members of the Supervisory Board

Organisations we have been collaborating with

Networks we are members of

The vision of the Helsinki Committee for Human Rights (the Committee) is a society where all people enjoy and exercise their fundamental rights and freedoms and receive protection in case of their violation or limitation whatsoever.